Click for COVID Safety, Reporting Information, including 6-foot social distancing requirement in all college buildings, mask and vaccination practices, and the process for student Return to Campus approvals. To support students with Fall registration and Spring Term applications, on-campus services are available on a walk-in basis or by appointment, with virtual options also still in place. See the Student Services Guide.

November 9, 2015 - Great careers in aviation are taking off at Eastern Florida State College with the start of a new aviation maintenance technician program at Melbourne International Airport. 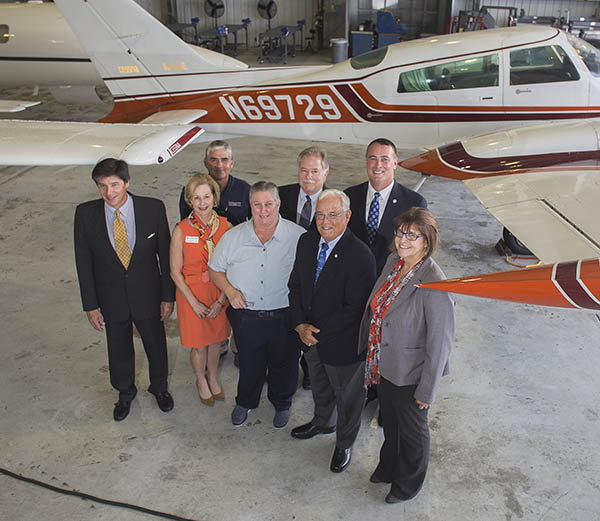 Officials from Eastern Florida State College, Melbourne
International Airport and the Federal Aviation Administration
gathered at the hangar where the new aviation program will
take place to commemorate the FAA's official certification
for the program which is now open for student applications.

The program will serve as a pipeline to provide highly-skilled workers to companies such as Embraer, AAR and others that are fueling the airport’s expanding commercial aviation sector.

Graduates will be qualified to take the Federal Aviation Administration exam that can lead to jobs in aircraft maintenance, repair and refurbishment that average $55,200 annually.

The college is now accepting applications for Spring Term 2016, with two Information Sessions coming up in preparation for the December 10, 2015 application deadline.

The FAA-approved program will be held at Eastern Florida’s new Aviation Center at the airport. The center includes classrooms and a fully equipped hangar with four aircraft, a machine shop, testing equipment and composites station where students will get hands-on training.

“The college has worked very closely with the airport and its aviation companies to develop this program, which will create excellent career opportunities and provide more momentum for the Space Coast and Central Florida economies,” said college President Dr. Jim Richey.

“It’s a major step forward for the college and our community, and is another example of how the college is partnering with business to help drive economic development.”

Melbourne airport officials say the program is an essential part of their plan for growth because of the mounting need for qualified aviation workers for the airport-based companies.

“Eastern Florida’s program is really key for us because it ensures we’ll have a highly trained workforce for companies seeking to expand or relocate to the area,” said Greg Donovan, Melbourne International Airport’s executive director. 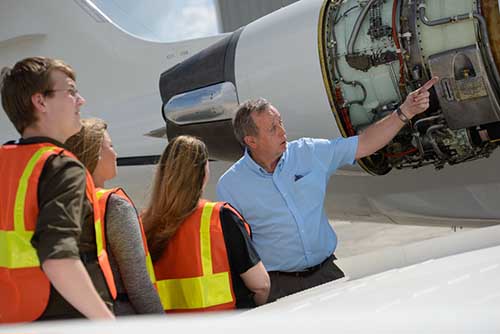 Graduates will also have job opportunities at Kennedy Space Center because their skills are transferable to the commercial space industry that’s ramping up.

Companies such as SpaceX, Boeing and Blue Origin are developing new spacecraft to carry astronauts to the International Space Station and beyond on missions that could begin in 2018.

“The aviation program can help propel the next-generation of human spaceflight because companies at the Cape will be seeking skilled technicians in the years ahead,” said Dr. Linda Miedema, Eastern Florida’s Vice President for Academic Affairs and Chief Learning Officer.

Tuition for the 21-month aviation program will be about $15,000. That’s less than half the cost of similar programs at private institutions in Florida.

The college is holding two public information sessions for prospective students at its Aviation Center, which is located at 640 Harry Sutton Road, Melbourne International Airport.

Free parking is available near the Aviation Center, which is on the west end of the airport adjacent to the international terminal.

An open house at the Aviation Center is also scheduled for late February on a date to be announced.

For more information, call at 321-433-5440 or email EFSCAviationCenter@easternflorida.edu