The EFSC Planetarium and Observatory on the Cocoa Campus is permanently closed because of damage caused by Hurricane Irma. It will remain closed after a comprehensive engineering study of the building found safety concerns that mean the facility must be demolished.

Plans to seek $21.6 million in funding to construct a new planetarium are included in the EFSC Cocoa Campus 10-Year Master Plan announced April 11, 2022. The old structure sustained severe damage in 2017 from Hurricane Irma and is permanently closed due to safety concerns. It will be razed to make way for the new facility as part of the Cocoa revitalization.

The Planetarium's exhibits have been moved to safe storage and the large telescope has been protected inside the current structure for now. 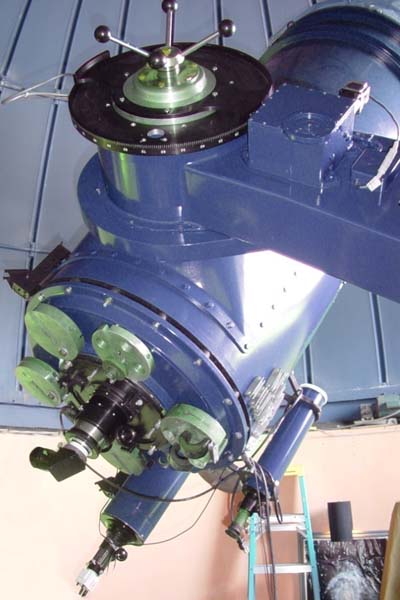 The Planetarium’s roof-top observatory is home to one of the largest public telescopes in Florida — a 24” Ritchey-Chretien reflector. Volunteers from the Brevard Astronomical Society have historically assisted with the telescope's maintenance and operation.

Celestial targets usually include the Moon and planets. On moonless nights the telescope is trained on fainter nebulas, star clusters and galaxies.

Strapped to the side of the main telescope is a 6” diameter refracting telescope. This fine instrument is equipped with a sensitive video camera (in place of an eyepiece), which captures images for display on a computer monitor. The 6” telescope is also equipped with a Hydrogen-alpha filter for spectacular daytime viewing of sunspots and solar prominences.